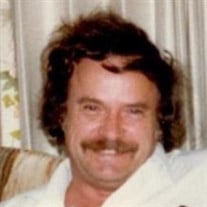 Willis Clayton Hubbs, 82, of Blountville, died Friday, March 25, 2022, at Bristol Regional Medical Center after a lengthy illness. A native of Gulston, Kentucky, he was born on March 27, 1939, and lived most of his life in Northeast Tennessee. Mr. Hubbs was a Christian and was saved in 1953 at Clear Creek Bible Camp, Pineville, Kentucky. He grew up attending Sunday School at Wofford Baptist Church in Williamsburg. Mr. Hubbs served in the U.S. Navy and had a passion for aviation, which he shared with his son, Kevin, and grandson, Christopher. He was an avid snow skier as a young adult. He enjoyed traveling with his wife, Vicki, and playing golf. He graduated from Cumberland College in Williamsburg, Kentucky, in 1973 with a BS degree in commerce and accounting. He later completed graduate courses at East Tennessee State University in Johnson City. Mr. Hubbs was commissioned a Kentucky Colonel in 1973 by Gov. Wendell Ford. He was a member of the Charles Gatliff Chapter of the Sons of the American Revolution at Williamsburg. He enjoyed a lifelong interest in history — especially Civil War — and genealogy, having spent many years researching his family tree. Mr. Hubbs retired from the U.S. Treasury Department in 1991 after 18 years as an Internal Revenue Agent serving the District of Tennessee. He continued to work in income tax and estate taxes after retirement. He was preceded in death by his parents, Pete and Goldie Hubbs; sisters Rozena Grant, and Viola Fern Young; brothers Howard Hubbs and Kenneth Ray Hubbs; and infant sister, Julia Hubbs. Survivors include his wife, Vicki L. Webb Hubbs of the home; son, Kevin Lee Hubbs of Piney Flats; Grandson, Christopher Lee Hubbs of Piney Flats; sisters, Betty Mauney of Powell; Ada Lee Bailey and Jo Ann Brown, both of Williamsburg, Kentucky; and several nieces and nephews. The family will greet friends to share memories from noon until a celebration of life service at 2 p.m. on Saturday, April 2, 2022, at Oakley-Cook Funeral Home and Crematory, 2223 Volunteer Parkway, Bristol. A graveside service will follow at Poplar Ridge Cemetery, Piney Flats. This obituary was lovingly written by the Hubbs family.

Willis Clayton Hubbs, 82, of Blountville, died Friday, March 25, 2022, at Bristol Regional Medical Center after a lengthy illness. A native of Gulston, Kentucky, he was born on March 27, 1939, and lived most of his life in Northeast Tennessee. Mr.... View Obituary & Service Information

To view the Celebration of Life Service follow the link below https://view.oneroomstreaming.com/authorise.php?k=1648574077175410

Send flowers to the Hubbs family.