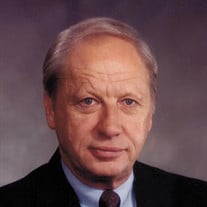 Dr. William David “Dave” Fletcher, DVM, Col USAR VC (R), born November 18, 1932 (89), in Lee County, VA went to heaven on May 17, 2022. Dr. Fletcher attended Jonesville, VA high school under the teaching and mentorship of the late “Pappa Joe” Smiddy. He entered V.P.I & S.U. (Virginia Tech) age 16, in the Corps of Cadets. He completed a B.S. degree in Animal Husbandry at V.P.I. in 1953, a M.S. degree in Animal Nutrition & Biochemistry at the University of Florida in 1957, and a Doctor of Veterinary Medicine degree at the University of Georgia in 1961. Dr. Fletcher retired as full bird Colonel, 0-6, U.S. Army Reserve Veterinary Corps after serving 30 years of active and reserve duty. He was commissioned a 2nd lieutenant in the U.S. Army from V.P.I. & S.U. in 1953, and entered service that October. Three months later he was selected as CO of the 35th Brigade Headquarters Unit, and was the only officer of that unit. After graduating from veterinary school, he transferred to the Army Veterinary Corps, and subsequently graduated from the Army Medical General Staff Course and Air War College. Dr. Fletcher established an American Animal Hospital Association accredited mixed animal practice in Bristol, VA in 1962, and built Bristol Animal Clinic of Commonwealth Ave. He was in practice for 36 years, and after retirement provided part-time assistance to local veterinarians. In 2009, he received the University of Georgia A.M. Mills Award for outstanding contributions to veterinary medicine. Dr. Fletcher was instrumental in enhancing the veterinary profession in his community and state. He helped establish the Tri-Cities Veterinary Academy, that provides continuing education to practitioners and veterinary technicians. He served as President of the Virginia Board of Veterinary Medicine which has the responsibility of testing and licensing veterinarians and technicians, and in 1979, Governor Dalton appointed Dr. Fletcher as the first veterinarian to serve on the Virginia State Board of Health. The board has consistently had a veterinarian as a member since then. Dr. Fletcher served on the Bristol, Virginia Economic Development Committee for 20 years during which the committee developed an industrial park and attracted several industries to the area. He was an active member and served as President of the Bristol, Virginia-Tennessee Chamber of Commerce. During his term, Dr. Fletcher and tennis partner Bristol attorney Jim Bowie secured passage of a bill to allow serving of mixed beverages in Bristol VA, adding greatly to its economic development. Dr. Fletcher served as Chairman of the Bristol Virginia Republican Committee, and was active in the Rotary and Kiwanis clubs. Dr. Fletcher also served for 24 years on the Bristol, Virginia Utilities Board. During his 18-year tenure as Chairman of this Board, Bristol was faced with unusually high electric rates from their federal supplier (Tennessee Valley Authority) with seemingly no recourse for change. Under Dr. Fletcher’s leadership, with Tom Adams and Jim Bowie, the Board did fight back and with persistence won an equitable settlement. For this, Dr. Fletcher was featured on the front page of The Wall Street Journal, May 27, 1977. Dr. Fletcher served as Chairman, Board of Trustees, of State Street United Methodist Church, Bristol, VA, 2005-2008. Attending “State Street” since 1962, Dave was particularly fond of the Open Door class led by the Honorable Charles “Butch” Flannagan II. Dave and his late wife Wilma, had three boys – Mark (financial consultant – deceased), Steve (technical sales), and Terry (physician). Our father is our hero. He was the kindest and most honorable person we know, finding goodness in almost every situation, person, and creature. As a soldier, veterinarian, and citizen, he sought to always serve and protect others, especially those less able to do so for themselves. Dr. Fletcher throughout his life admirably upheld the Virginia Tech guiding principles as found on the War Memorial Court Pylons: Ut Prosim (That I May Serve), Brotherhood, Honor, Duty, Leadership, Loyalty, Service, and Sacrifice. He enjoyed telling stories of growing up in Lee County, VA, attending Virginia Tech, serving in the military, and of his extensive veterinary practice. He loved spending time with family, following Virginia Tech athletics, golfing with friends, attending ROMEO (Retired Old Men Eating Out), and eating at Greene’s Seafood. Dave was preceded in death by his wife Wilma Fletcher, parents David and Inus Fletcher, sister Emma Fauble and husband Don, and son Mark David Fletcher Sr. He is survived by son Steven L. Fletcher and wife Rebecca, their children Wesley Steven and Anna Kate, son Dr. Terry M. Fletcher, grandchildren Mark David Fletcher Jr. and Robert W. Fletcher, their mother Carolyn Kistner Fletcher - Helton and husband Robert Helton, nephew Jon Fauble, wife Cathy and daughter Shelby, nephew Tim Fauble, sister-in-law Bonnie Huff and daughters Wendy Dunham and husband Stephen, and Jennifer Mattox. We would like to express appreciation for the care provided by Dr. David Thompson, Dr. Ryan Shao, Dr. Matthew Gestaut, Dr. Paige Furrow, Dr. Josh Hall, Dr. Vishal Gohil, Dr. Joseph Foley, all of Oakmont at Gordon Park, Amedisys home health providers, Brady Carter & Preston Square Rehab & Wellness, Dixie Dougherty, and all of our father’s incredible loving friends and church family. Friends and family will be able to say a prayer, as Dave requested, at the State Street United Methodist Church Chapel, and the family will receive friends in the adjacent Narthex, Sunday May 22, from 5-7pm. Condolences and memories may be shared with the family by visiting www.oakley-cook.com. In lieu of flowers, please consider a memorial contribution to Crossroads Medical Mission c/o State Street United Methodist Church, 650 Valley Drive, Bristol, VA 24201, Girls Inc. of Bristol, 885 Clinton Ave., Bristol, VA 24201, or Healing Hands Health Center, 245 Midway Medical Park, Bristol, TN 37620.

The family of Dr. William David "Dave" Fletcher created this Life Tributes page to make it easy to share your memories.

Send flowers to the Fletcher family.