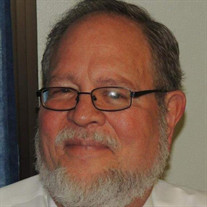 Richard Allen Rollins, at the age of 78, departed his earthly life on December 31, 2021 at his home. Richard had a brief illness with pancreatic cancer and was cared for by his family and Ballad Hospice during this cruel and difficult time. Richard was born to Annie Mary Sweet Rollins and William Rathmell Rollins on October 21, 1943 in Rockwood, TN. Richard grew up in Methodist churches in Norton, VA, Bristol, VA and Abingdon, VA as his Dad, a United Methodist minister was transferred among churches. He graduated from Abingdon High School, proudly from Emory and Henry College with degrees in English and Music, and from the University of Tennessee master’s program in Journalism. Richard was married to Suzanne Neal Rollins of Abingdon for 55 years. The two met and dated throughout high school and college and felt blessed to go through their lives together rearing their two children Richard (Rick)Allen Rollins II and Amy Elizabeth Rollins Probst. Richard was a high school teacher for many years. He taught English, Drama, music and journalism for over 30 years, first at Osbourn High School in Prince William County, VA and then at Bristol Virginia Middle school and Virginia High School. He loved his years teaching, the inquisitiveness of the students and the fun of relationships with his colleagues. Richard also worked as a manager at Barkers Supermarket for a brief time. For over 20 years, he directed the chancel choirs of Reynolds Memorial United Methodist in Bristol, VA and First United Methodist Church in Bristol TN. He derived a deep sense of spirituality through singing and teaching and arranging sacred music and working with the choir members whom he loved as family. In another nod to his love of music and the arts, Richard was a board member of AAME, and the Birthplace of Country Music. He served as secretary of the Board of County Music and was briefly the Executive Director for the group. Richard also was instrumental in getting the organ moved from Elon College and installed at the Paramount Theater. Richard belonged to various educational groups over the years. He served in most of the leadership positions at First United Methodist Church. He was proceeded in death by his mother, father and stepmother, sister Elinor King and her husband Marcus King, brother, William (Bill) and wife Norma Barker Rollins. He is survived by his wife Suzanne Neal Rollins, his children Rick and Amy. He is also survived by son-in-law Christopher Probst, brothers Tom Rollins of Cohutta, GA and Joe Rollins, Atlanta, GA. He had great love for his Grandchildren who loved him and learned so much from him, Abby, Oskar and Sophia Rollins and Anna Grace, Calista (Callie) and Cassandra (Cassie) Probst. Sister-in law Judy Fulton and brother in law, Hubert Fulton. There are many surviving nieces and nephews. A Celebration of Life will be held at First United Church 322 Vance Drive, Bristol, TN at 12 noon on Tuesday, January 4. Please wear a mask and observe social distancing as much as possible. There will be a greeting of friends in the Fellowship Hall of the church following the service. In lieu of flowers, donations may be given to First United Methodist Church or the Birthplace of Country Music Museum, 101 Country Music Way, Bristol, VA.

Richard Allen Rollins, at the age of 78, departed his earthly life on December 31, 2021 at his home. Richard had a brief illness with pancreatic cancer and was cared for by his family and Ballad Hospice during this cruel and difficult time. Richard... View Obituary & Service Information

The family of Richard Allen Rollins created this Life Tributes page to make it easy to share your memories.

Richard Allen Rollins, at the age of 78, departed his earthly...

Send flowers to the Rollins family.