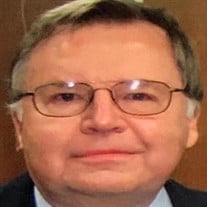 Joseph Winfield Richards, age 91, passed away Wednesday, December 25, 2019, in Knoxville, Tenn. Joe was born on June 9, 1928 to the late Joseph J. Richards and Mary Powers Richards. Along with his parents, he is preceded in death by his beloved wife, Rachel. Joe grew up in Bristol, Tenn and attended Tennessee High School, where he played football for the Tennessee High Vikings. Joe graduated from Davidson College in Davidson, NC, where he was a member of Kappa Alpha Order. He started his own accounting firm and retired at age 55. After retiring, Joe liked to say he couldn’t wipe the smile off his face. He served in the United States Army and was a Korean War veteran. He was a member of the Bristol Rotary Club, where he was known for his infamous “Mug Speech.” He also participated in the Masters Swim Program at the YMCA and competed in the Senior Olympics in swimming. Joe loved spending time with his family and friends and attending his church, State Street United Methodist. He had several hobbies, including playing pool, reading, taking photographs, and watching college football. Joe loved telling his favorite jokes again and again, and his sense of humor and joyful spirit will be deeply missed. Joe’s family is thankful that he is now at peace, reunited with his wife, Rachel. He is survived by his daughters, Carol Richards and Mary Jo Richards Shires; his favorite son-in-law, Kevin Shires; and his grandchildren, Katie Shires and Preston Shires (all of Knoxville). A memorial service will be held at 11:00 a.m. on Monday, December 30, 2019 at State Street United Methodist Church in Bristol, Va. The family will receive friends immediately following the service. In lieu of flowers, the family requests that donations be made to State Street United Methodist Church, 300 W. Valley Dr., Bristol, VA 24201. Arrangements especially for Mr. Richards and his family have been made through Oakley-Cook Funeral Home & Crematory.

Joseph Winfield Richards, age 91, passed away Wednesday, December 25, 2019, in Knoxville, Tenn. Joe was born on June 9, 1928 to the late Joseph J. Richards and Mary Powers Richards. Along with his parents, he is preceded in death by his beloved... View Obituary & Service Information

The family of Joseph Winfield Richards created this Life Tributes page to make it easy to share your memories.

Send flowers to the Richards family.