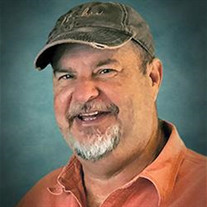 Jeffery ‘Jeff” Kegley, 61, of Bluff City, TN passed away on February 19, 2020 surrounded by his loving family at Ballad Hospice House. He was the son of the late Clarence Edward Kegley and Patsy Hammond Kegley. Jeff was also preceded in death by his sister, Karen Kegley Griffin. Jeff was born on November 11, 1958 and was raised in Bristol, Tennessee. In his early years, he was an avid motocross rider and water skier. In 1982, he began a career in the airline industry, which lasted for 24 years until he retired in June of 2006 in Nashville, Tennessee. After retirement, he enjoyed building and remodeling homes. Jeff had a passion for traveling with his wife, Michelle; his daughter, Holly; and his son, Ethan. As a Harley Davidson owner, he loved taking in the local fare as him and his wife rode through new mountain towns. He frequently visited Silverton, Durango, and Pagosa Springs, Colorado, where he enjoyed camping and skiing throughout the Rockies. He was known for his quick wit, work ethic, and sound advice. He is survived by his loving wife of 33 years Michelle Mottern Kegley; daughter, Holly Tompkins and husband John; son, Ethan Kegley and fiancée Madison Brizendine; nieces, Karena Lunsford and husband Josh, Stephanie Chandler and husband Cory; nephew, Blake Peterson Griffin and wife Moriah; brother-in-law, Steve Griffin; aunts, Geneva Dillard, Gloria Lovegrove and husband Larry, Polly Alexander; uncle, John “Mickey” Hammond. The family will receive friends from 5:00 PM until 7:00 PM on Friday, February 21, 2020, at Oakley-Cook Funeral Home in Bristol, TN. The funeral service will follow at 7:00 PM with Pastor Chase Grubb and Pastor Mike Pope officiating. The committal service and interment will be held on Saturday, February 22, 2020 at 11:00 AM at Sunrise Cemetery in Bluff City, TN. Those that wish to follow in procession are asked to meet at Oakley-Cook Funeral Home by 10:15 AM. Pallbearers will be Ethan Kegley, John Tompkins, Joel Powers, Jeff Grubb, Keith Hobbs, Jimmy Baxter. The family would like to extend special thanks to Dr. Jim Shrenker and his wife Brandy as well as the staff at Bristol Regional 2 West and the Ballad Hospice House for their outstanding care of Jeff during his illness. Arrangements especially for Mr. Kegley and his family have been made through Oakley-Cook Funeral Home & Crematory.

Jeffery &#8216;Jeff&#8221; Kegley, 61, of Bluff City, TN passed away on February 19, 2020 surrounded by his loving family at Ballad Hospice House. He was the son of the late Clarence Edward Kegley and Patsy Hammond Kegley. Jeff was also preceded... View Obituary & Service Information

The family of Jeffery "Jeff" Kegley created this Life Tributes page to make it easy to share your memories.

Send flowers to the Kegley family.