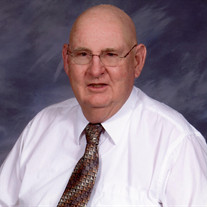 Herbert Norman Van Nostrand, III, age 81, of Bristol, TN, passed away on Thursday, November 21, 2019, at Bristol Regional Medical Center. He was born on January 30, 1938 in Forest Hill, NY, a son of the late Herbert Norman Van Nostrand, Jr. and Roberta Estelle Faron. Along with his parents, he was preceded in death by his wife, Anne Woodside Van Nostrand; and sister-in-law, Faye Sayre Van Nostrand. Herbert attended North Carolina State and went on to graduate from King College in 1964 with a degree in Business Economics. He was a U.S.A. Swim Official for over 25 years and was a Volunteer Firefighter. He was very active in the Boys Scouts of American Troop 3 for over 70 years from 1948-2019, where he recently received the James E. West Fellowship Service Award. Herbert served as Scout Master to several troops, was an active member of The Order of the Arrow, and most recently served as District Committee Member of the Overmountain District. He also received the Pioneer Award. He was an active lifelong member of First Presbyterian Church in Bristol, TN where he served as an Elder and on the Building and Grounds Committee. Herbert loved to travel and was an avid camper who enjoyed being outdoors. He was a huge North Carolina State Wolfpack fan. He is survived by his wife, Grace Thacker Van Nostrand; sons, H. Norman Van Nostrand and wife Lisa of Byhalia, MS, and James “Woody” Van Nostrand and wife Karen of Bristol, TN; daughter, Rebecca V. St. Jean and husband Rob of Charleston, WV; grandchildren, Gaib, Kassalyn, Elizabeth, Kathleen, Adam and Aaron Van Nostrand, and Jacob, Wesley and Kathryn St. Jean; brother, Arthur “Van” Van Nostrand; nephews, Scott and Faron Van Nostrand; and beloved dog, Millie. The family will receive friends from 3:00 PM to 5:00 PM on Sunday, November 24, 2019 at Oakley-Cook Funeral Home in Bristol, TN. A Funeral Service will be held at 12:00 PM on Monday, November 25, 2019 at First Presbyterian Church in Bristol, TN with Rev. Sam Weddington officiating. The committal and interment service will follow at Glenwood Cemetery in Bristol, TN. In lieu of flowers, memorial donations may be made to Boy Scouts of America Troop 3 at First Presbyterian Church, 701 Florida Avenue, Bristol, TN 37620. Arrangements especially for Mr. Van Nostrand and his family have been made through Oakley-Cook Funeral Home & Crematory.

The family of Herbert Norman Van Nostrand III created this Life Tributes page to make it easy to share your memories.