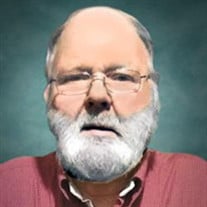 George Melton Lowery, age 74, of Bristol, passed peacefully from this world on Thursday, September 16, 2021. George was born on May 19, 1947, one of 13 children, to the late Floyd and Ella Mae Lowery. In addition to his parents, he was preceded in death by his grandparents, a brother, a sister and a daughter. George is survived by his loving wife, 6 children, his grandchildren, great-grandchildren, several brothers and sisters, several nieces and nephews, and a host of extended family and friends. George joined the Army in 1966 and spent 11 months in Vietnam as a Military Policeman where he received a purple heart and medals for good conduct, national defense, marksmanship, and a bronze service star which is awarded for meritorious service or acts of valor while serving in combat operations. After the Army, he spent 30 years working for the mining company, Arundle, in Maryland before eventually settling in Tennessee. In his retirement, George enjoyed fishing and hunting, working on and tinkering with things, and sitting on his porch and listening to the rain. He was wonderful with all sorts of animals, even taming a few wild ones, especially the squirrel that would visit his porch looking for peanuts that George would feed him. He loved spending time with family, especially the joys of his life, his grandchildren and great-grandchildren. George was a compassionate, caring man who was very down-to-earth and would make anyone feel welcome. He was a loving brother, father, grandfather, great-grandfather and friend who will be deeply missed by all who were lucky enough to know him. A Gathering of Friends to celebrate George’s life will be held on Sunday, September 26, 2021 from 2:00 P.M. to 3:00 P.M.at Oakley-Cook Funeral Home & Crematory, 2223 Volunteer Parkway, Bristol, TN. Military honors will be conducted by the D.A.V. Bristol #39.

George Melton Lowery, age 74, of Bristol, passed peacefully from this world on Thursday, September 16, 2021. George was born on May 19, 1947, one of 13 children, to the late Floyd and Ella Mae Lowery. In addition to his parents, he was... View Obituary & Service Information

The family of George Lowery created this Life Tributes page to make it easy to share your memories.

Send flowers to the Lowery family.