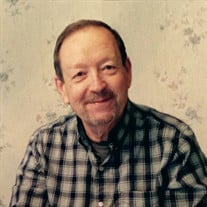 Gary Lynn Stewart lost his long battle to Parkinson’s on March 26, 2022. Gary was lifelong resident of Bristol, Virginia but had recently moved to Kingsport, Tennessee. He was born to Ralph Gilmer Stewart and Gloria Williams Stewart on April 27, 1950. He attended John S. Battle High School in Bristol, Virginia and went on to earn his BA at Milligan College. Gary loved music from a young age, and through piano lessons as a teenager, realized that was his true calling. He opened a small piano business in 1974. He decided to continue his education and obtained his MBA at East Tennessee State University in 1982. He worked in the banking industry as Charter Federal’s Investing Relations Officer for a few years, as well as instructed business courses at Virginia Highlands Community College, but his passion for music pulled him back to a career with pianos. In the early 1990’s, Gary opened Piano Warehouse where he sold new pianos as well as used pianos that he had restored. Over the years his focus narrowed to preserving musical history through the restoration of rare instruments. Throughout his career with pianos, he met numerous customers who became close friends. In addition, he has served as choir director for several churches. Above all else, Gary’s faith and family meant the most to him. He cherished the time spent with his loved ones, particularly enjoying the many projects and (sometimes explosive) experiments he completed with his grandson, Brayden. He will long be remembered for his intelligence, quick wit and dry humor. Gary is preceded in death by his father, Ralph Stewart; father-in-law, Albert “Buddy” Cornett and mother-in-law, Jean Cornett, all of Bristol, Virginia. Those left to cherish Gary’s memory are his loving wife, Charlotte, of Kingsport, Tennessee; daughter Lauren Largent and husband Lawrence of Kingsport, Tennessee; daughter Jill Stewart of Knoxville, Tennessee; grandson Brayden Largent of Kingsport, Tennessee; mother, Gloria Stewart of Bristol, Virginia; brother and sister-in-law, Tony and Kim Buck; niece Alexis Toler; and special cat, Shadow. The family will greet friends on Wednesday, March 30, 2022 from 12:00 pm until a celebration of Gary’s life at 2:00 pm at Oakley-Cook Funeral Home and Crematory with R.L. Light officiating. A committal will follow the service at Glenwood Cemetery. Pallbearers will be Tony Buck, Gregg Dowell, Lawrence Largent, Bryan Lynch, Daniel Shew and Brian Wilson.

Gary Lynn Stewart lost his long battle to Parkinson&#8217;s on March 26, 2022. Gary was lifelong resident of Bristol, Virginia but had recently moved to Kingsport, Tennessee. He was born to Ralph Gilmer Stewart and Gloria Williams Stewart on... View Obituary & Service Information

The family of Gary Lynn Stewart created this Life Tributes page to make it easy to share your memories.

Send flowers to the Stewart family.