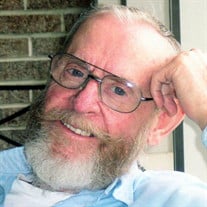 Darrell Elmo Davis was born to Faye Powers and Fletch Davis on March 24, 1933 in Birchleaf, Virginia and passed from this life on June 18, 2021. Preceding him in death in addition to his parents are three sisters, Mary Deel (Jim) of Birchleaf, Virginia, Thanna and husband C.W. Kelly of Roanoke, Virginia, and Edith and Rodney Bentley of Bristol, Tennessee. And his brother-in-law Ralph Sidney Yates (Norma) of Blountville, Tennessee. Survivors include his wife,Virginia of twenty-one years, his sister,Norma Yates of Blountville, Tennessee, Brother-in-law Jim Deel of Birchleaf, Virginia, Father-in-Law John M Dabbs,Bristol, Tennessee, Mother-in-law, Phyllis Thomas Dabbs, Brother-in-law John Dabbs II and wife Nikki Lewin Dabbs, Bristol, Tennessee, and numerous nieces and nephews. He worked for the U.S. Postal Service as a mail carrier for seventeen years before retiring. He was drafted into the U.S. Army in 1952 and served eleven years before being honorarily discharged. He joined the Sandy Basin Primitive Baptist Church in the Washington Association in 1986. He was baptized by Elder Otis Fields. He was first ordained a Deacon in 1987, then in 1989 he was ordained an Elder. He served as assistant clerk in the Washington Association soon after being ordained an Elder, then as Clerk of the Washington Association since 1998 until 2011. He served as Moderator at the following churches:Sandy Basin , Sulphur Spring, Mill Creek, and Reeds Valley. He served the Washington Association and Reeds Valley Church with longtime friend Elder Danny Smith until 2014 when he was unable to attend due to health problems. On June 17, 2000 he married Virginia “Ginny” Dabbs, and was blessed to have twenty-one wonderful years with her. One year ago he suffered a bleeding stroke and subsequent brain surgery. He suffered brain damage, and had trouble recognizing his family and friends. His wife cared for him at home and took him to church with her when he was able to go. The first time she took him with her to Shiloh Primitive Baptist Church in Abingdon, Virginia, he joined the church there. He had missed that critical part of his life for a long time. Darrell had a wonderful sweet gift to preach and was personally very humble. He always stated, even after his stroke, “I love everybody!”. He was good to eveyone, and was a beloved friend to all of his church friends especially, but also his neighbors. He will be sorely missed by many, but we also have that blessed hope and believe that we will see him again when Jesus brings our souls to reunite with our changed bodies to be ever with the Lord. 2 Timothy 4:7-8 “I have fought a good fight,I have finished my course,I have kept the faith: Henceforth there is laid up for me a crown of righteousness, which the Lord,the righteous judge, shall give me at that day: and not to me only, but unto all them also that love his appearing.” The family will receive friends from 6:00 p.m. until 7:00 p.m. on Wednesday, June 23, 2021 at Oakley-Cook Funeral Home in Bristol, Tenn. A funeral service will follow at 7:00 p.m. with Elders Danny Smith, Don Stacy, and Donathan Stacy officiating. An additional funeral service will be held at 1:00 p.m. on Thursday, June 24, 2021 at Oakley-Cook Funeral Home with Elders Terry Thacker, Danny Smith, Don Stacy, and Donathan Stacy officiating. A committal and interment will be held at Glenwood Cemetery following Thursday's funeral service. (Obituary written by his wife and family) Arrangements especially for Mr. Davis and his family have been made through Oakley-Cook Funeral Home & Crematory.

Darrell Elmo Davis was born to Faye Powers and Fletch Davis on March 24, 1933 in Birchleaf, Virginia and passed from this life on June 18, 2021. Preceding him in death in addition to his parents are three sisters, Mary Deel (Jim) of Birchleaf,... View Obituary & Service Information

The family of Elder Darrell Elmo Davis created this Life Tributes page to make it easy to share your memories.

Darrell Elmo Davis was born to Faye Powers and Fletch Davis on...

Send flowers to the Davis family.