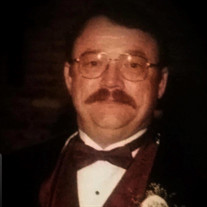 Criss Allen Morgan, age 68, of Lebanon, VA, passed away on Sunday, May 5, 2019 at Balad Hospice House in Bristol, TN. He was preceded in death by an infant son, Criss Allen Morgan II; grandmother, Marion G. Evans; mother, Sally (Chatham) Whatley; uncle, Louis B. Chatham; and nephew, Daniel Mixon. Born in Grenada, MS on November 28, 1950, Criss lived his youth in Greenwood, MS until enlisting in the United States Marine Corps where he served as an Aircraft Engine Mechanic from November 1967 to March 1970. He spent the 1970's in California where he became a certified and accomplished scuba diver and hang glider pilot. He was a skydiver with over 3,000 logged jumps. Criss lived the past 30+ years in the Port Allen/Baton Rouge area and was a former over the road truck driver and retired locksmith. Criss was also a lapidary and a well known and respected gunsmith and ammunition re-loader until his death. He was an avid reader and a local contributor to the community section of the area newspaper. He enjoyed the outdoors, hunting and fishing up to the time he could no longer participate in these activities due to illness. Criss knew very few strangers and made many friends over his lifetime. He is survived by his beloved sister, Rebecca (Slayton) White and husband William of Lebanon, VA; aunt, Margaret Ann Chatham of Meadville, MS; uncles, Charles Chatham and wife Vicky of Hattiesburg, MS, Dr. Dudley Evans of Prentiss,MS; son, Nathan McCurley; daughter, Merisa Whittington of Port Allen, LA; nephews, Michael Mullins and wife Sarah of Abingdon, VA, Kristopher Gullett and wife Donna of Grundy, VA, and Eric Mullins and wife Misty of Grundy, VA; niece, Lisa (Mullins) Maynard and partner Jerry Ball of Richlands, VA; 4 great nephews; 6 great nieces; 2 great-great nephews; 3 great-great nieces; a godson, Christian Clune; dear friend Sandy Harper-Calliham of Hemet, CA; and many other relatives all of whom he loved dearly. Left to cherish his memory are many friends which include in no particular order, Carole Bock and family, Sue Kempf, Troy Varnado, Steve Jones, Don Cooper, Danny Aucoin, Mudbone, Warren Travis, Walter Thornhill, Bill Deli, and many, many others. A graveside service will be held at 2:30 PM on Friday, May 17, 2019 at Mountain Home Cemetery in Mountain Home, TN. Military honors will be rendered by DAV Chapter #40 Honor Guard. Honorary pallbearers will be family and friends. Condolences and memories may be shared with the family and viewed by visiting www.oakley-cook.com. Arrangements especially for Mr. Morgan and his family have been made through Oakley-Cook Funeral Home & Crematory.

The family of Criss Allen Morgan created this Life Tributes page to make it easy to share your memories.

Send flowers to the Morgan family.