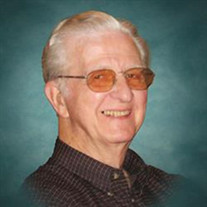 Charles Peter Lane, better known as CP, of Bluff City, TN died on February 7, 2021, just a few weeks shy of his 96th birthday. He was born on February 28, 1925 in East Stone Gap, Virginia, a son of the late Joseph Robert and Vergie Mae Lane. He is also proceeded in death by his parents; nine siblings; and his son, Christopher Lee Lane. CP graduated East Stone Gap High School in 1943, where he played football and was a basketball star. After receiving his diploma, he joined the army and served in the Pacific for four years as a wench operator during WWII. He married Virginia “Jin” Galliher on November 15, 1947, after her family moved to Bluff City. They had three children. CP enjoyed a long career and retired from the Bluff City Post Office. He was a faithful, servant of God and an active member of Bluff City United Methodist Church. He loved his family fiercely and was always happiest when the house was full. CP is survived by his wife of 73 years, Virginia “Jin” Lane; daughter, Diana Hammons and husband Jim; son, Joe Lane and wife Karen; granddaughter (whom he raised as his own daughter) Selena Lane; and many adoring grandchildren, great-grandchildren, and great-great grandchildren. A Memorial Service will be held on Saturday, May 8, 2021 at 11:00 AM at Bluff City United Methodist Church located at 468 Cedar Street, Bluff City, TN with Rev. Sean Glenn and Rev. Karen Lane officiating. In lieu of flowers, please send donations to Bluff City United Methodist Church, P.O. Box 190, Bluff City, TN 37618. Arrangements especially for Mr. Lane and his family have been made through Oakley-Cook Funeral Home & Crematory.

The family of Charles Peter "C.P." Lane created this Life Tributes page to make it easy to share your memories.

Send flowers to the Lane family.