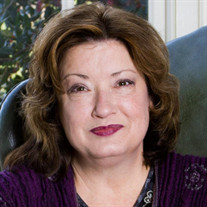 Cara Everett Anderson of Bluff City, TN, passed away at home on April 28, 2020 after a formidable but courageous battle with cancer. Cara was a beloved and admired scholar, colleague, and professor at King University for thirty-five years. Cara graduated from King College with a B.A. in Latin and Greek and earned her M.A. in English Literature from Virginia Polytechnic Institute and State University. She received a full fellowship from the Appalachian Colleges Association and the Mellon Foundation to pursue a Ph.D. in Cultural Studies at the University of Tennessee Knoxville. Her doctoral dissertation was nominated for “Dissertation of the Year” by members of her doctoral committee. Throughout her distinguished career at King University, Cara taught English as a Second Language, eventually directing that program along with International Student Programs. She also taught courses in Sociology. Her last position at King was as Dean of the School of Education where she taught classes and directed all teacher licensure programs. In addition, she designed and implemented the M.Ed. programs in Curriculum and Instruction and Teacher Leadership. As a scholar, Cara earned notable recognition. One career highlight was being named a Salzburg Seminar Fellow. As a Salzburg Seminar Fellow, she attended two Mellon Global Community Initiatives in Salzburg, Austria. In addition, she received a renewable grant from this organization for course development. Her academic interests, broadly defined, involved cultural identity and gender studies. Cara’s passion for equality, cultural recognition, and social justice was not merely academic. Her interactions with students and colleagues reflected deeply felt ideals of individual worth, respect, and fair-mindedness. Cara is survived by her husband, Gary; brothers, Blair Everett (Mary Ann) of Mt. Pleasant, S.C.; Gary Everett (Penny) of Christiansburg, VA; and Eric Everett (Jackie) of Bristol, TN. She is also survived by two nieces, Emily (Trevor) Gildea and Lana (Allen) Arnold; and one nephew, Mason Everett. Cara is also survived by a great-nephew, Grant Gildea and a great-niece, Charlotte “Charlie” Arnold. Preceding her in death were her mother and father, Deane Fiske Everett and Donald Franklin Everett. A memorial service for Cara Everett Anderson will be held at the King University Chapel on June 13, 2020, at 1:00 PM. Due to CDC restrictions on crowd size, family and close friends will be in attendance. However, the family is mindful of others who would wish to participate in honoring Cara’s memory. King University is graciously livestreaming the service in real time. Anyone wishing to attend virtually can log onto webcast.king.edu at 1:00 PM on June 13, 2020. Anyone wishing to make a memorial contribution in memory of Cara may consider King University, 1350 King College Road, Bristol, TN 37620; Centerpointe Church, 1315 Bluff City Hwy, Bristol, TN 37620, or Healing Hands, 245 Midway Medical Park, Bristol, TN 37620. Arrangements especially for Cara and her family have been made through Oakley-Cook Funeral Home & Crematory.

Cara Everett Anderson of Bluff City, TN, passed away at home on April 28, 2020 after a formidable but courageous battle with cancer. Cara was a beloved and admired scholar, colleague, and professor at King University for thirty-five years. Cara... View Obituary & Service Information

The family of Cara Everett Anderson created this Life Tributes page to make it easy to share your memories.

Send flowers to the Anderson family.